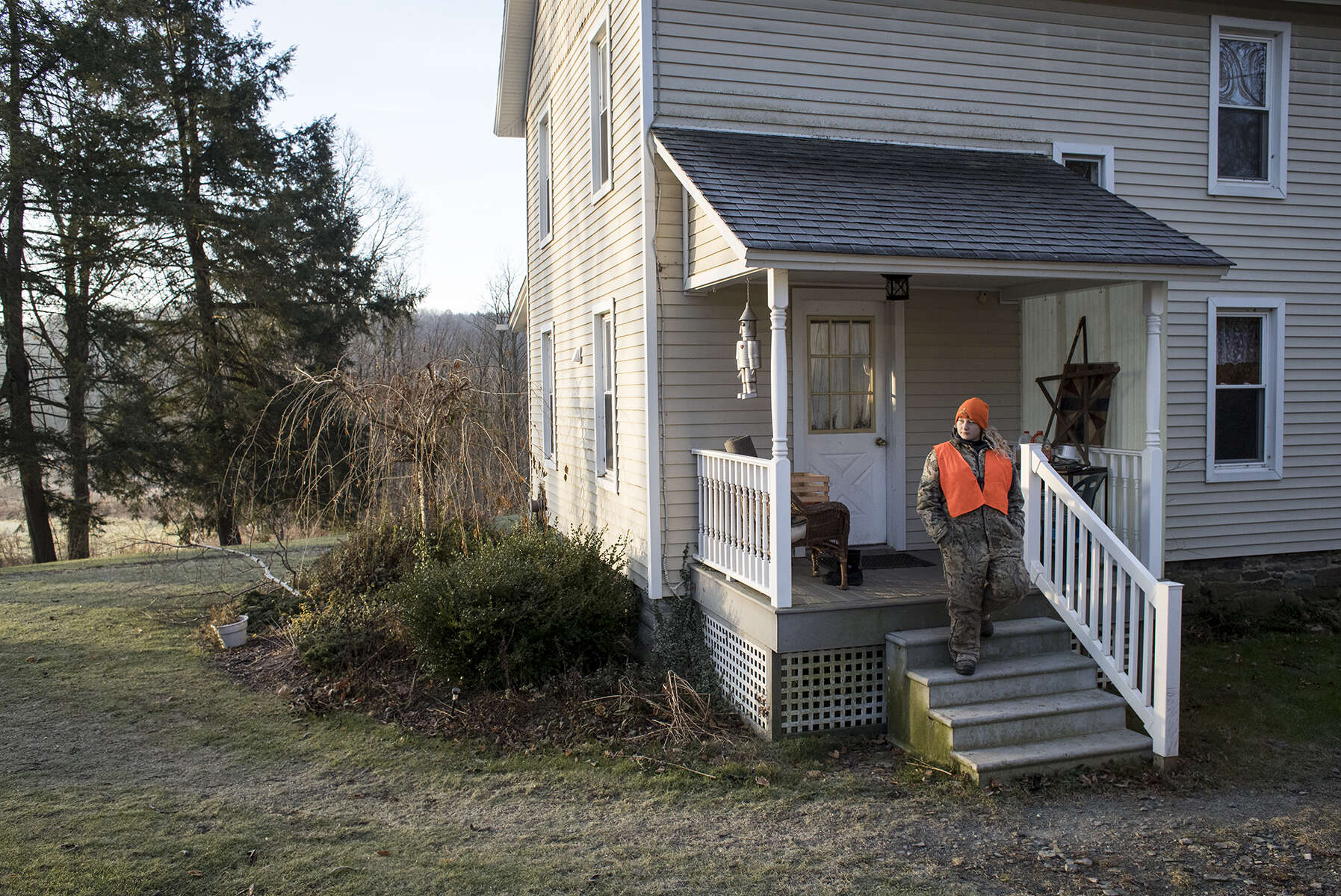 Meredith Cole, age 13, steps out of her grandparent's house after taking a break from hunting on the second day of deer rifle hunting season in Troy, Penn., on Tuesday, November 28, 2017. Meredith had already shot her one allowed deer the day before, but joined her brother for moral support on the second day of the season. Deer hunting is such an important part of the culture in this part of rural Pennsylvania that the Troy Area School District cancels school the first two days of deer rifle season so children can hunt with their families.