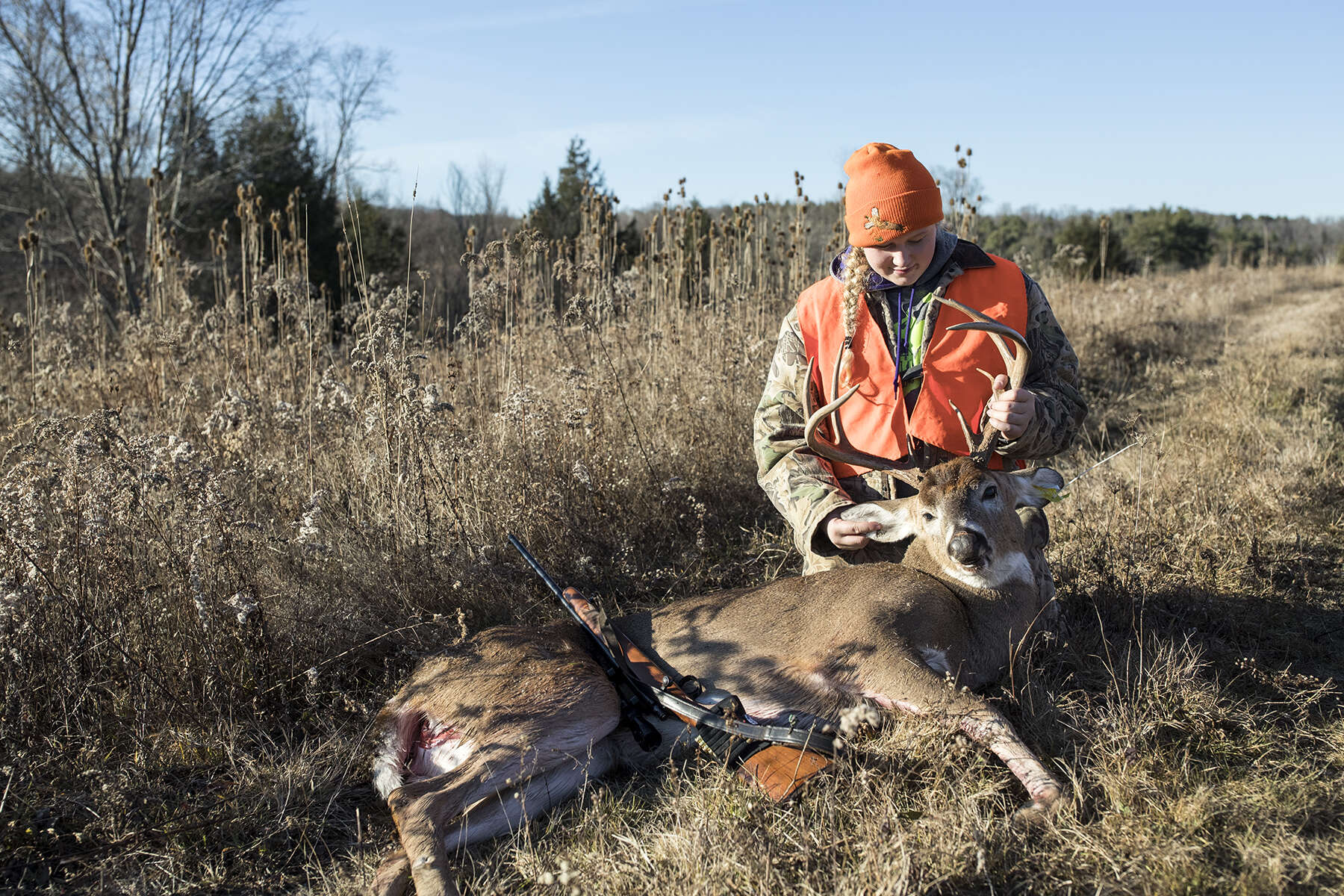 Meredith Cole, age 13, looks at a deer she shot on opening day of deer rifle hunting season in Troy, Penn., on Monday, November 27, 2017. Deer hunting is such an important part of the culture in this part of rural Pennsylvania that the Troy Area School District cancels school the first two days of deer rifle season so children can hunt with their families. Meredith is over the age of 12 and has passed a hunter safety course and is therefore allowed to hunt while carrying her own gun as long as she is in the presence of a licensed adult. She went hunting with her grandfather and was later joined by her brother and father to search for the deer.