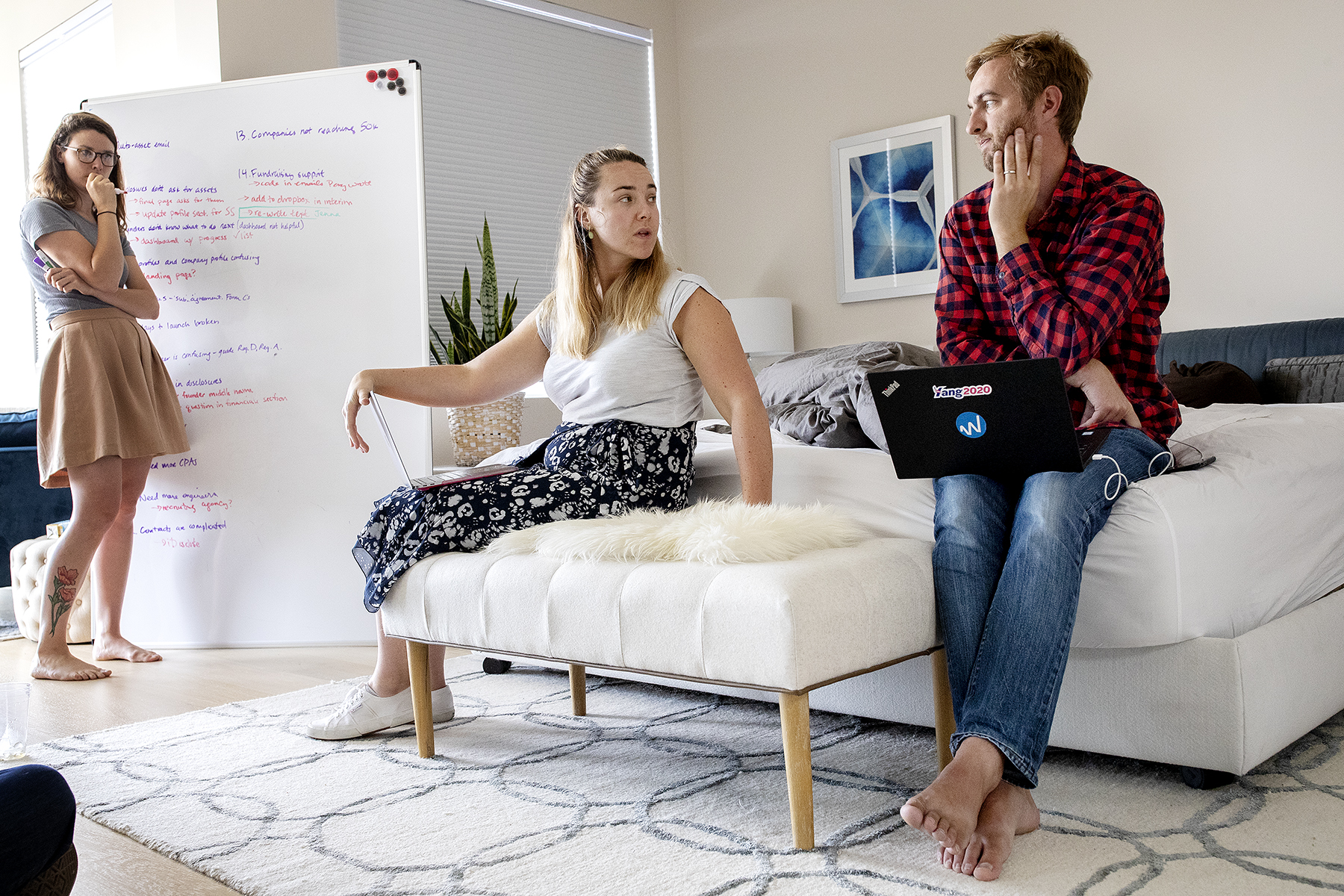 Suzanna Rush, Lydia Lewis and Jonny Price (left to right) participate in a launch team meeting while working at the office of the equity crowdfunding platform Wefunder in San Francisco, Calif., on Monday, August 13, 2018.

The company works out of a San Francisco house that also serves as home to the company CEO and a few other employees.