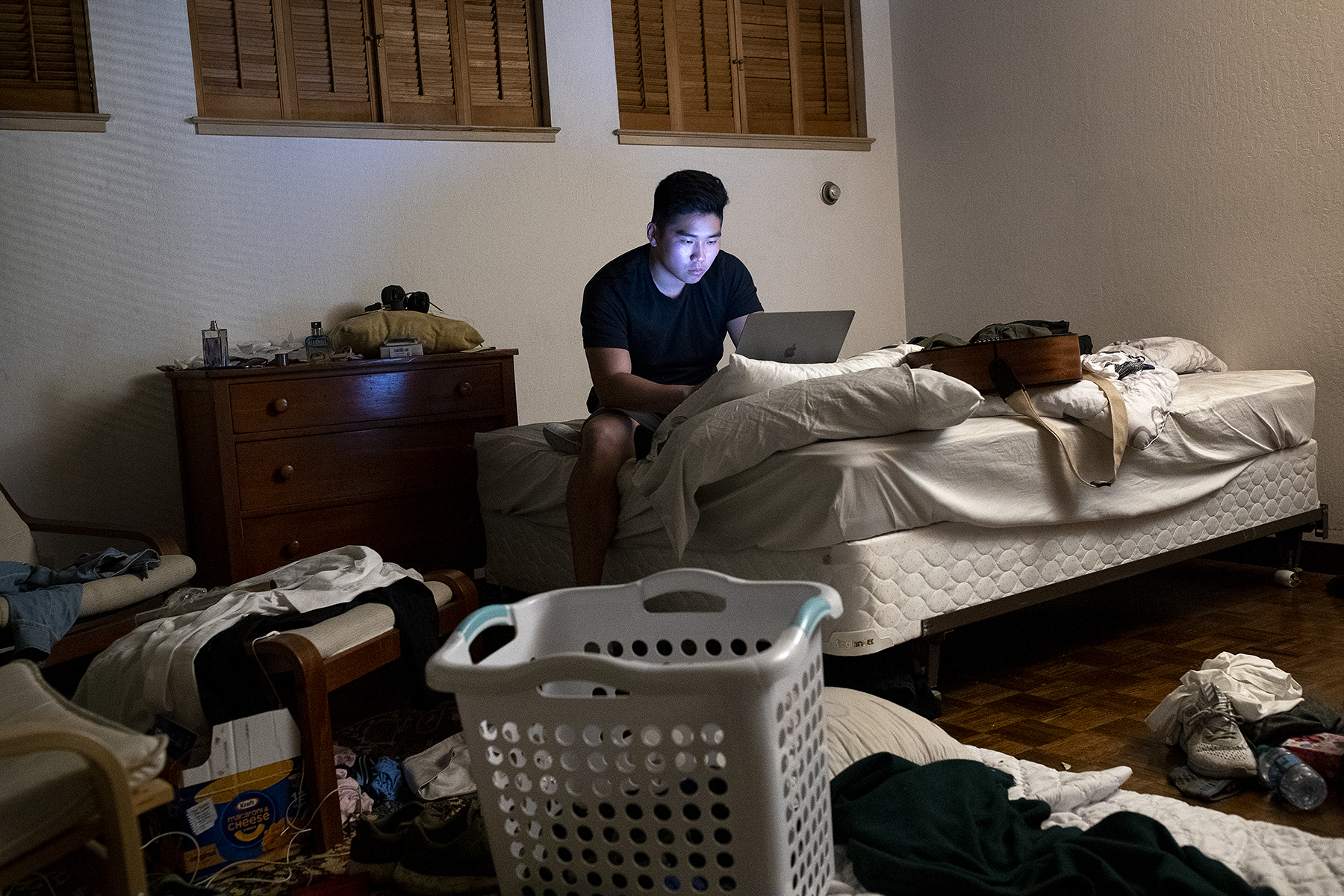 Andrew Kim works at the summer office of Do Not Pay, which is the same house that Facebook rented in the summer of 2004 in Palo Alto, Calif., on Wednesday, August 15, 2018.

Do Not Pay was originally started by CEO Joshua Browder as a chatbot to help people fight parking tickets. They are currently working on an app that will automate 12 big areas of the law with the ultimate goal of making the law free.

The house, located at 819 La Jennifer Way in Palo Alto, is the home Mark Zuckerberg rented in the summer of 2004 and served as Facebook's headquarters that summer. The house is typically rented to Stanford Graduate School of Business during the academic year who often sublet it to a start-up for the summer.

Do Not Pay CEO

16 years old, but she lives alone in US and parents are in India. Dad’s contact: