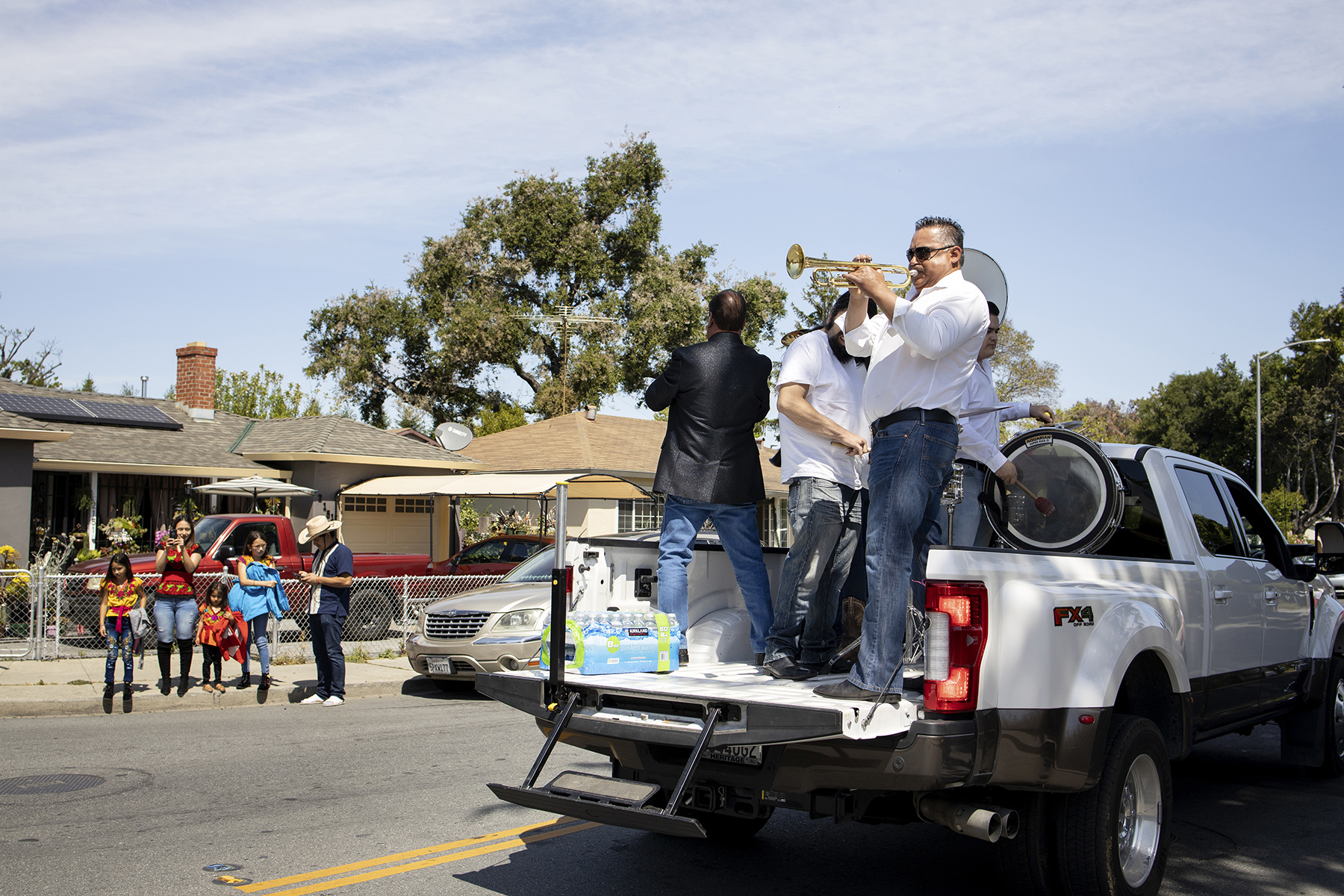 
The band Aires Del Bajio performs during the Cinco de Mayo Parade in East Palo Alto, Calif., on Sunday, May 4, 2019. The parade, now in its 34th year, is a major annual event in the city where the U.S. Census bureau estimates 63.2% of the population identifies as Latino.