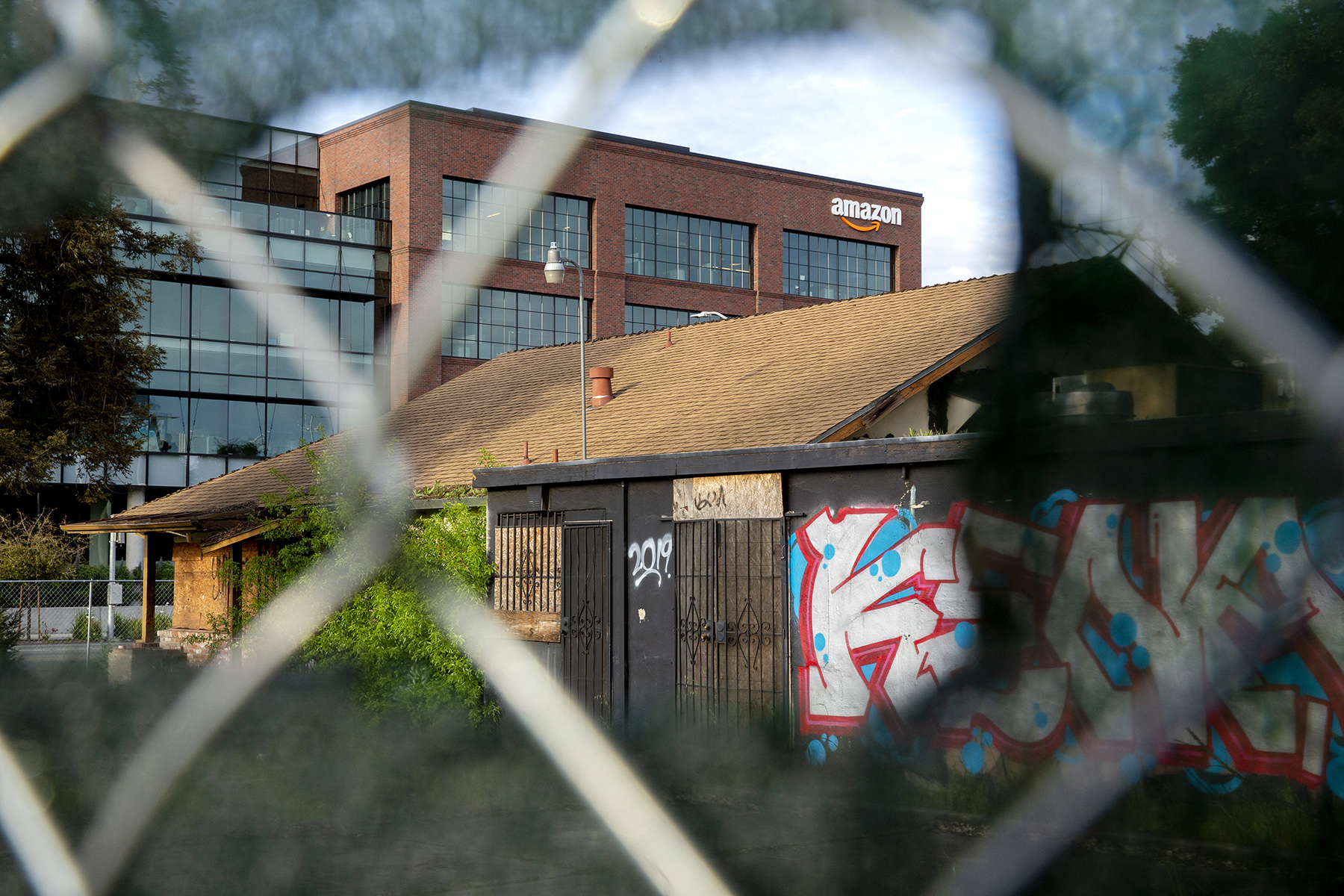 
A building housing an Amazon office is seen, with an abandoned building that used to be a restaurant in the foreground, in East Palo Alto, Calif., on April 6, 2019. The Amazon site was controversial because the high-skilled jobs there could not be filled by at least 30% city residents, which is a requirement for new businesses to move into the city. As a compromise Amazon created a job center in the building for local residents.