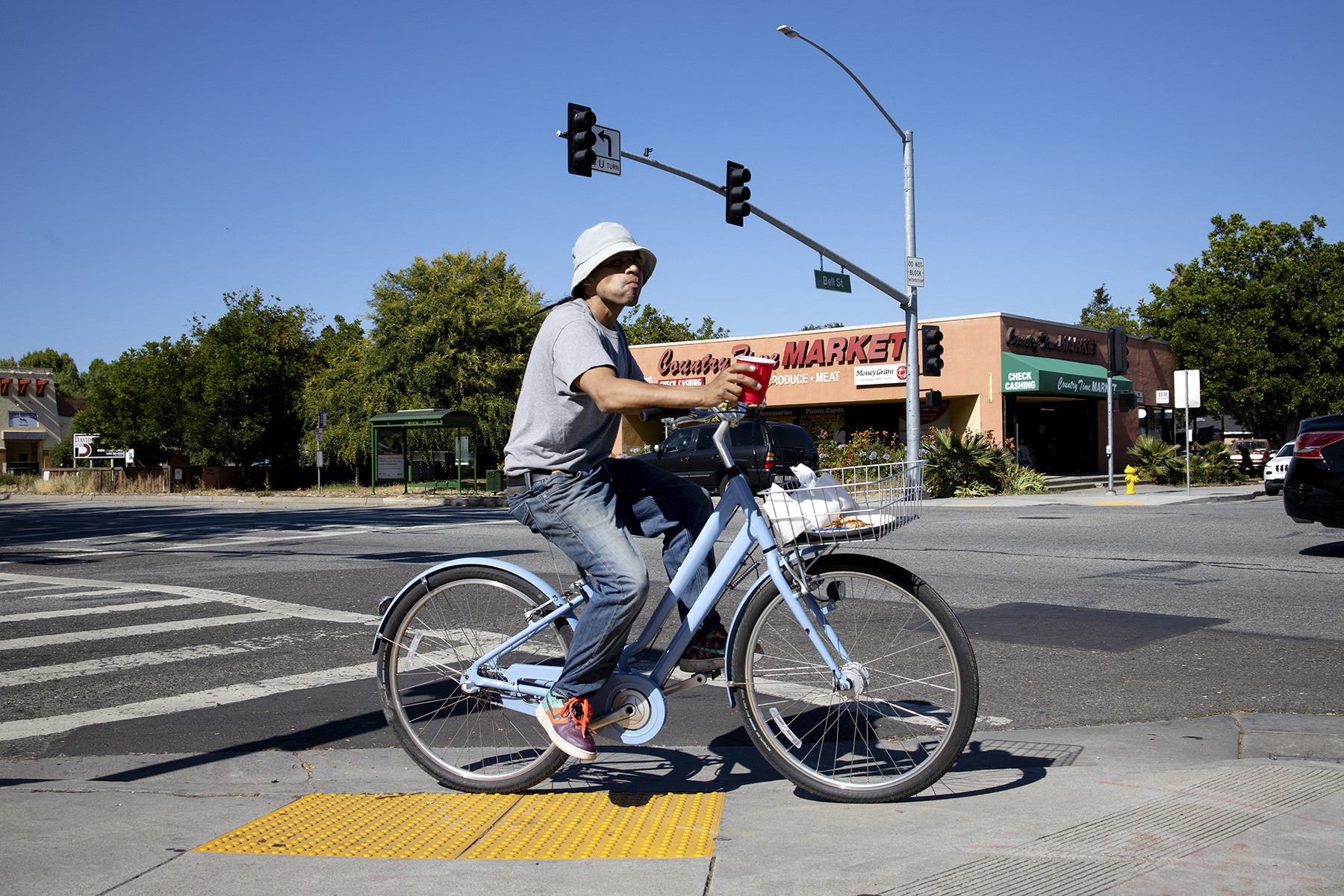 
A man rides a Facebook bike along University Avenue in East Palo Alto, Calif., on June 23, 2019. The company bikes are used by Facebook employees to get around the campus, but employees often leave them around and they end up elsewhere. Outcry after police in the neighboring city of Menlo Park, where Facebook is located, stopped and interrogated people riding the bikes who they thought were not Facebook employees, led to the company issuing a statement that they didn’t want anyone with the bikes stopped by police.