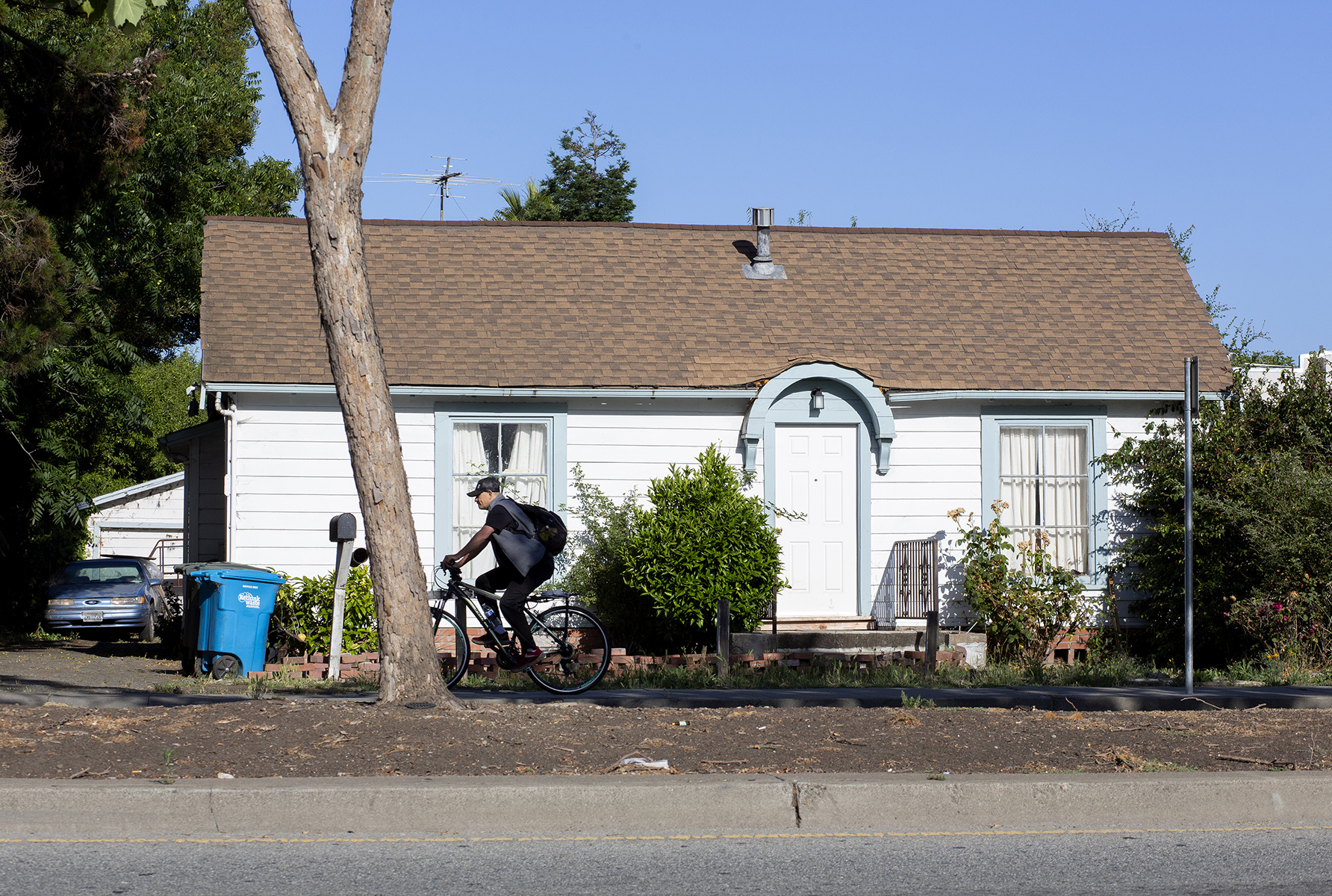 
A bicyclist rides past a house on the 2200 block of University Avenue in East Palo Alto, Calif., on June 23, 2019. The medium home value in the city is an estimated $926,286 according to the real estate company Zillow. This may seem high to those outside Silicon Valley, but it is significantly more affordable than in any other city in the area, even after prices more than doubled in the past few years, sparking concerns about gentrification. According to the Silicon Valley Association of Realtors, the median home value in 2013 was $400,000.