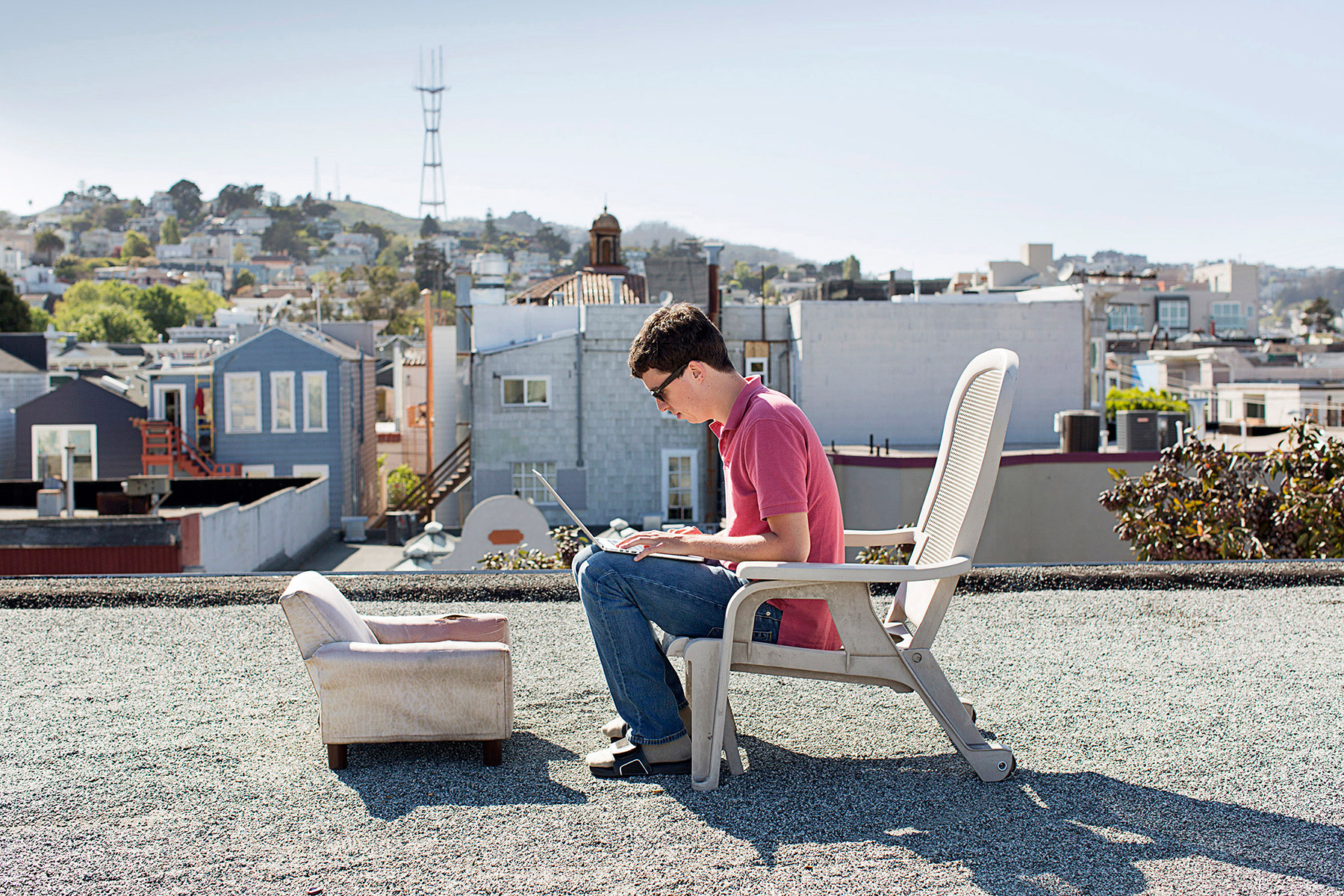 Guillaume Lachaud, an android engineer who builds mobile apps for Uber, works on the roof of 20 Mission, a co-living house where he was living at the time, in San Francisco, California in March 2015. Around 45 people live in the building, which is a former single room occupancy hotel that had been vacant for several years before housing the co-living community, which includes many start-up entrepreneurs. Lachaud, originally from France, is one of many young people from all over the world who have come to San Francisco to participate in the economic boom in the technology industry.