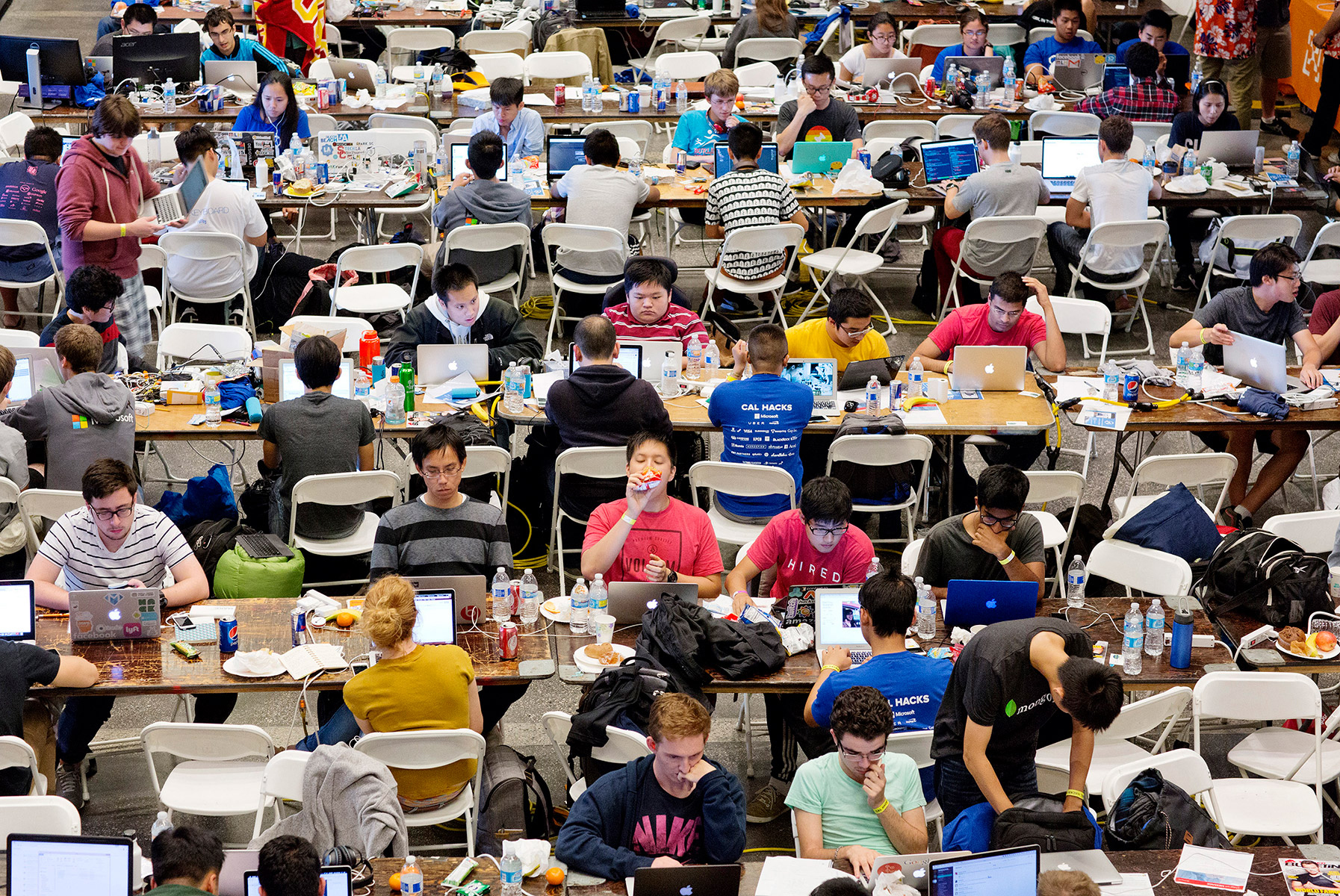 Participants in Cal Hacks 2.0, a 36-hour hackathon, work on projects inside the football stadium at the University of California, Berkeley in Berkeley, California, in October 2015. According to the event organizers, 2,071 participants attended from 143 schools and 10 countries. Hackathons are events usually lasting a few days in which computer programmers and others involved in software and hardware development collaborate on a project over a set period of time, often while competing for awards and prizes. They’re an important part of the technology industry ecosystem.