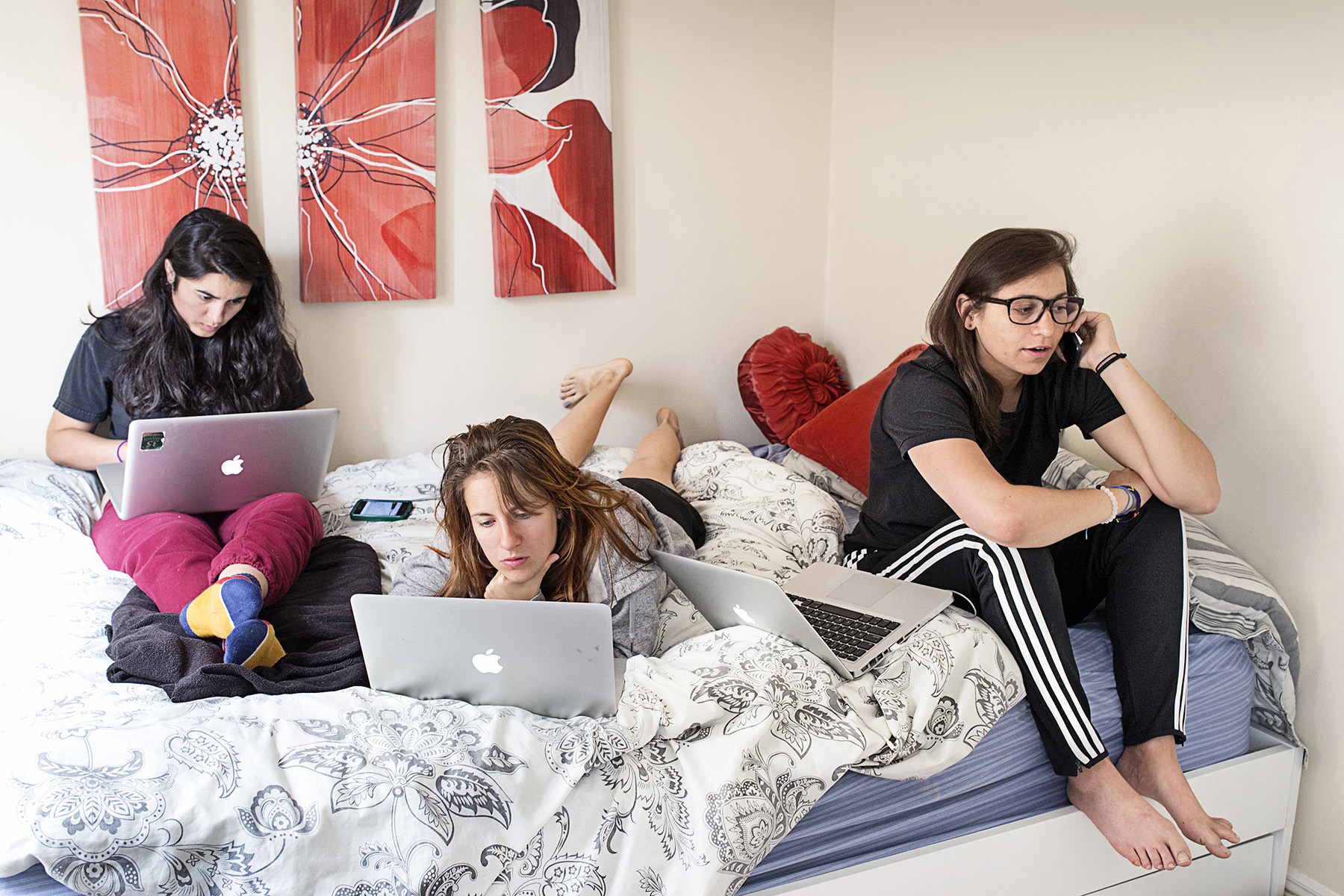 Sandy Frank, Mackenzie Hughes and Danielle Gaglioti, seen left to right, work on a start-up called Akimbo inside the apartment that Hughes and Gaglioti were subletting in San Francisco, California in August 2014. The company, described as a career development platform,is based in New York, but Hughes and Gaglioti were in town for the summer to participate in Tumml, an urban ventures accelerator program. Frank joined them as an intern. They often worked from home depending on their meeting schedule and available transportation options.