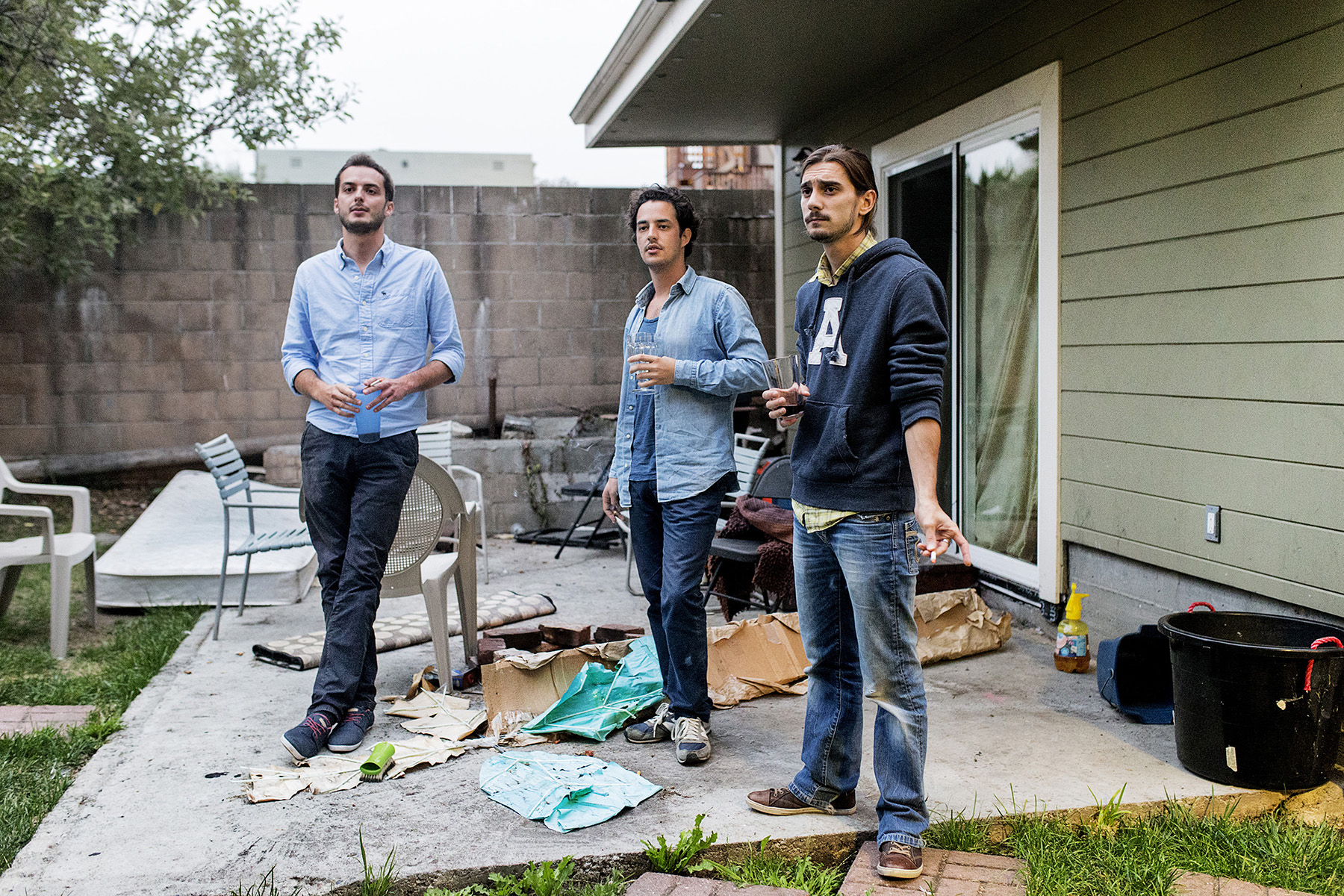 Adrien Thibodaux, Lyrod Levy and Adrien Chometon, seen left to right, take a smoke break in the backyard of the fraternity house where Mr. Levy and another co-founder were sleeping that evening in Berkeley, Calif., in August 2014. The three are co-founders of Weeleo, a peer-to-peer currency exchange platform, and all were in San Francisco from France for the summer to participate in an accelerator program. To save money, Levy and their fourth co-founder couch-surfed for the summer instead of renting an apartment.