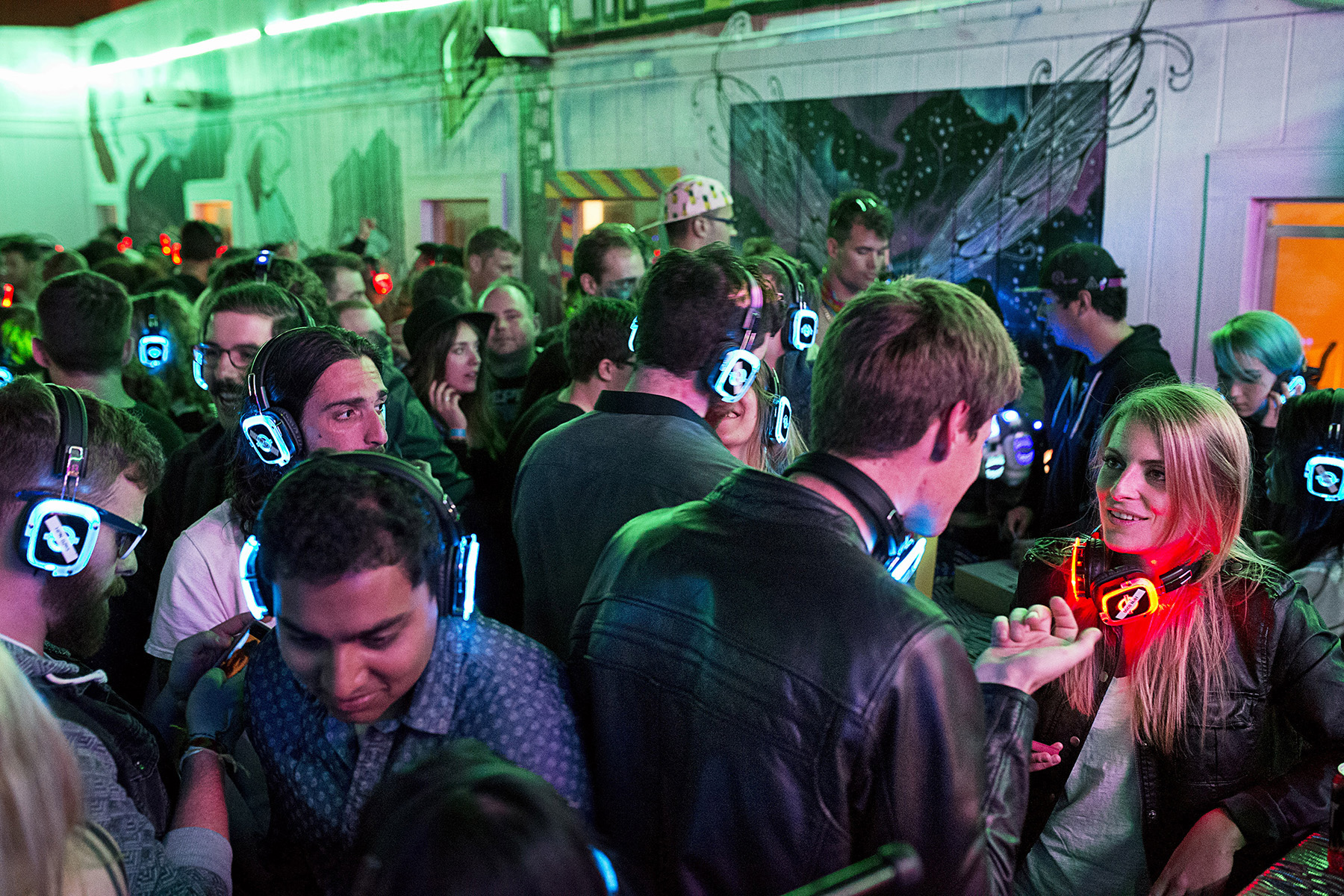 Guests of a party to celebrate the three-year anniversary of 20 Mission, a co-living house, dance and listen to a DJ playing music using silent disco headphones in the building’s courtyard during the party in San Francisco, California in March 2015. Around 45 people live in the building, many of them start-up entrepreneurs. Impromptu gatherings happen frequently, but the community’s larger parties, which are held every few months, have made the space well known, especially among the start-up community.