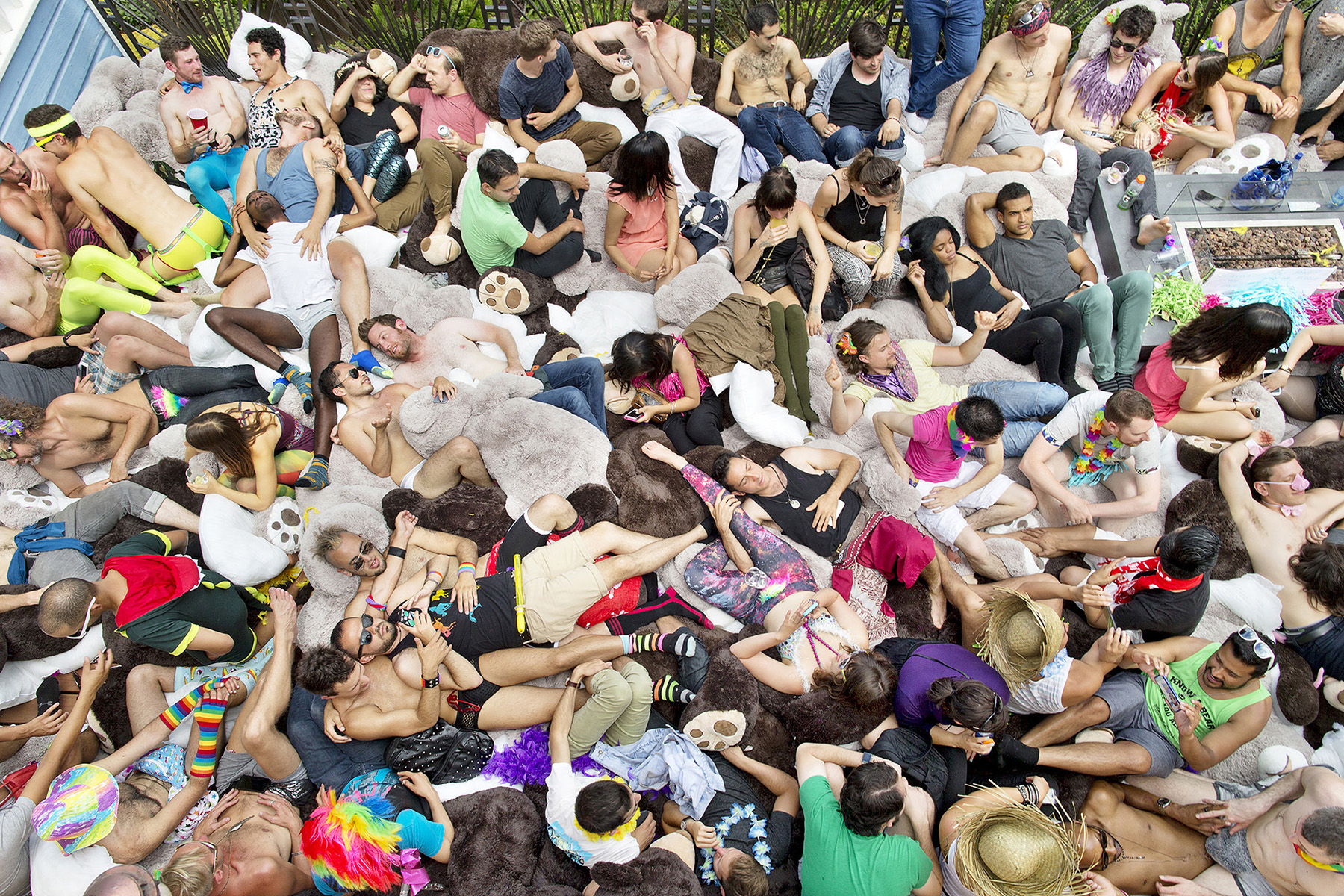 Guests of a fundraiser party for Disco Chateau, a Burning Man camp organized by technology entrepreneur Ari Kalfayan, cuddle with one another in a pile of giant stuffed animals on the deck of the home Kalfayan shares with roommates in San Francisco, California in June 2015. The camp was raising money to buy more stuffed animals to bring to the Burning Man festival for a "cuddle puddle" where people could cuddle with one another among the stuffed animals. The party, held during the annual San Francisco Pride weekend, also served as a pride celebration, which was made especially festive due to the Supreme Court's ruling the day before granting same-sex couples the right to marriage in the United States.