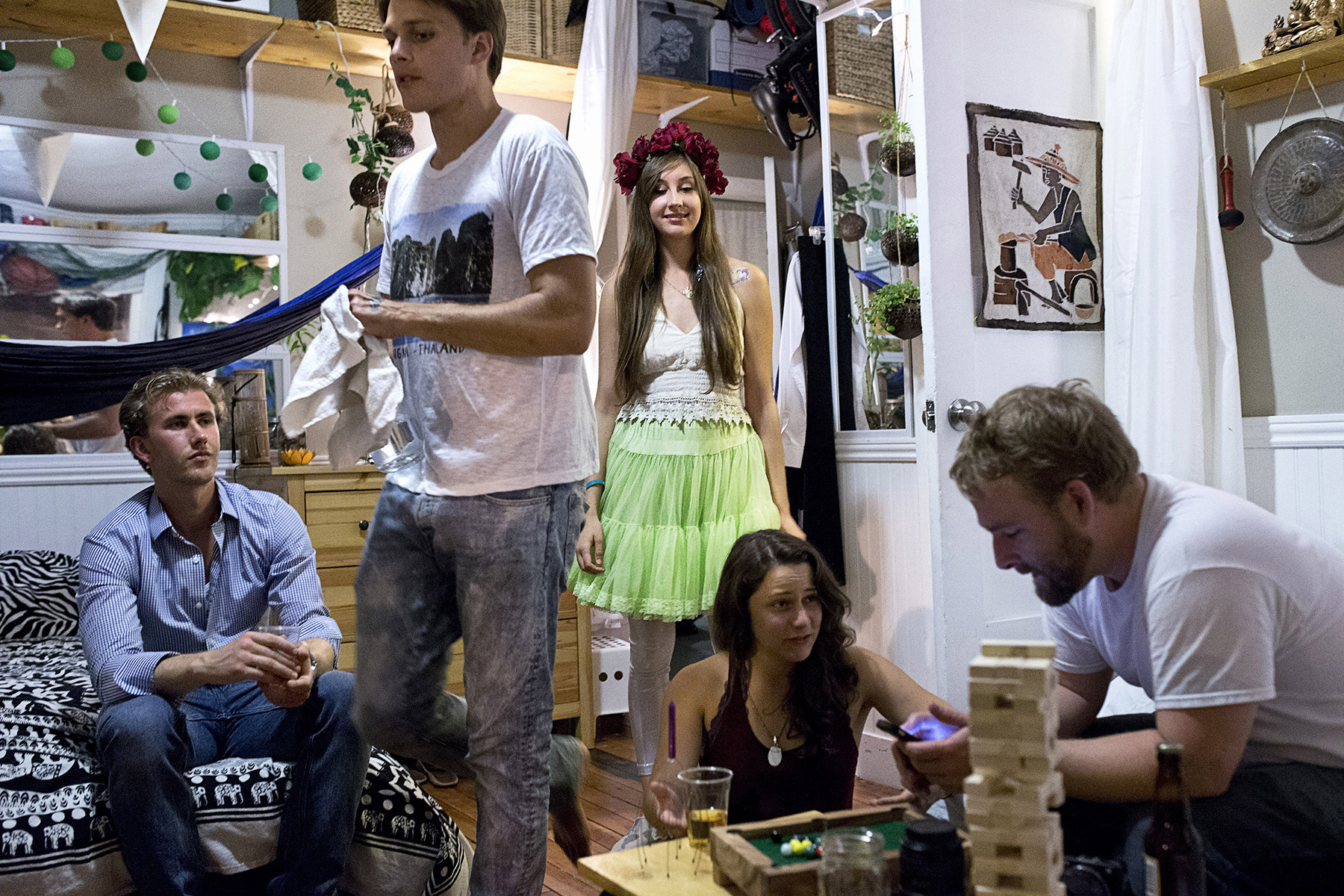 Emily Erickson, center, and her then boyfriend Sean Ahrens, second from left, host guests in their room at 20 Mission, a co-living space, during a party to celebrate the community’s three-year anniversary in San Francisco, California in March 2015. Ahrens and many of the other residents are start-up entrepreneurs and the community is a mix of temporary occupants and people who have made the space their home on a more long-term basis. The residents are allowed to decorate their room however they like and some of the long-term residents, such as Ahrens, put much effort into designing creative spaces.